This Falls Church property had a generous site, but, the design challenge lie in its disposition. The lot is relatively narrow in relation to its length. In addition, grade slopes precipitously from front to rear.

Given the limited buildable area in the side yards, the lion share of the new addition had to be placed in the rear yard. Stacking rooms, front to back, upon each other rarely yeilds an organic flowing plan.

Some careful manipulation to existing living spaces helps avoid the sense of an extended circuitous path back to the new spaces. For example, at the ground floor, the existing den and dining areas were reversed. The interior wall separating the new dining was then removed to co-join it with the living room. By opening the core of the house plan up, the sense of extended corridors and stacking of rooms is avoided. To further mitigate the "stacking" effect, the new rear family room is pulled off-center and cattycorner to the kitchen. The gesture helps establish movement across the width of the plan, as well. 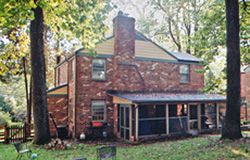 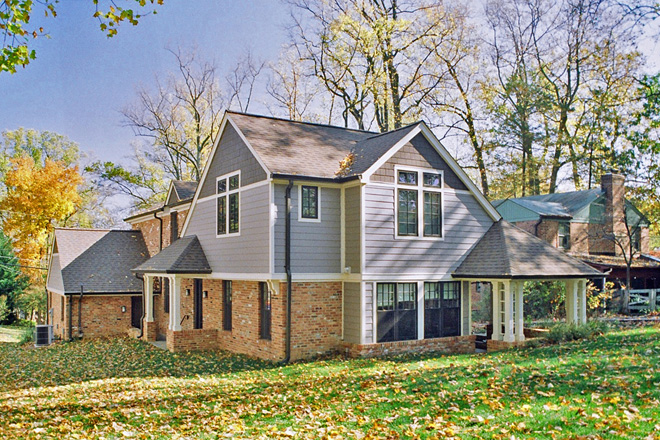